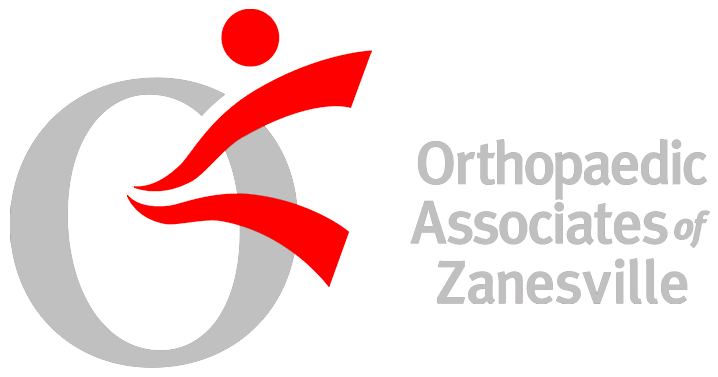 A talus fracture is a break in one of the bones that forms the ankle. This type of fracture often occurs during a high-energy event, such as a car collision or a high-velocity fall.

Because the talus is important for ankle movement, a fracture often results in significant loss of motion and function. In addition, a talus fracture that does not heal properly can lead to serious complications, including chronic pain. For this reason, many talus fractures require surgery.

The talus is the main connector between the foot and leg, helping to transfer weight and pressure forces across the ankle joint. It is largely covered by articular cartilage, the white slippery material that covers all joint surfaces. This cartilage allows the talus to move smoothly against its neighbor bones.

Fractures occur in all parts of the talus bone. Most commonly, the talus breaks in its mid-portion, called the "neck." The neck is between the "body" of the talus, located under the tibia, and the "head," located further down the foot.

Another common site for talus fractures is along the outside of the bone where it juts out slightly. This area of the bone is called the "lateral process." Fractures of the lateral process often occur when the ankle is forced out to the side and are commonly seen in snowboarders.

Fractures are often classified according to the severity of the displacement — how much the pieces of bone have moved out of their normal position.

Minimally displaced or stable fractures: This type of fracture is barely out of place. The broken ends of the bones line up almost correctly. In a minimally displaced fracture, the bones usually stay in place during healing, and surgery to fix the bones into position is not usually required.

Displaced fracture. When a bone breaks and the pieces move out of their anatomic position, it is called a displaced fracture. The amount of displacement relates to the amount of energy that caused the fracture. Fractures that are highly displaced are more likely to be unstable. Unstable displaced fractures of the talus often require surgery to restore correct alignment and to give the best chance for the return to normal movement of the foot and ankle.

Open fracture: When broken bones break through the skin, they are called open or compound fractures. Open fractures often involve much more damage to the surrounding muscles, tendons and ligaments. In addition, open fractures expose the fracture site to the environment. They have a higher risk for complications and infection and take a longer time to heal.

Most talus fractures are the result of high-energy trauma such as a car collision or a fall from height. Injuries from sports, particularly from snowboarding, are another, less common, cause of talar injuries.

Most people with talus fractures will go to an urgent care center or emergency room for initial treatment because of the severity of their symptoms.

After discussing your symptoms and medical history, your doctor will do a careful examination. He or she will:

Information from diagnostic imaging tests will help your doctor decide whether surgery is required and will be critical for surgical planning.

Immediate first aid treatment for a talus fracture, as with any painful ankle injury, is to apply a well-padded splint around the back of the foot and leg from the toe to the upper calf to immobilize the limb and protect it. Elevating the foot above the level of the heart helps to minimize swelling and pain. Specific treatment depends upon the severity and the type of fracture, so it is important to seek immediate medical attention.

Only fractures that are well-aligned (stable) can be treated without surgery. This is very rare in a talus fracture, however, because of the high-energy force that causes the injury.

Casting. A cast will hold the bones in your foot in place while they heal. You will have to wear a cast for 6 to 8 weeks. During this time, you will be asked to limit the amount of pressure you put on your foot. The goal is for the bone to heal enough for you to bear weight on it without the risk that it will move out of position.

Rehabilitation. When the cast is removed, your doctor will give you exercises to help restore the range of motion and strengthen your foot and ankle.

If the bones have shifted out of place (displaced), surgery to internally set and stabilize the broken pieces results in the best outcome and reduces the risk of future complications.

Open reduction and internal fixation. During this operation, the bone fragments are first repositioned (reduced) into their normal alignment. They are then held together with special screws or metal plates and screws.

Bones have a remarkable capacity to heal. The more severe your injury, however, the longer your recovery may be. After surgery, your foot will be in a splint or cast from 2 to 8 weeks, depending on the nature of the injury and how well your doctor thinks it is healing. As your bones begin to heal, your doctor will likely order x-rays to ensure that everything is in alignment and healing properly.

After surgery, you will feel some pain. This is a natural part of the healing process. Your doctor and nurses will work to reduce your pain, which can help you recover from surgery faster.

Medications are often prescribed for short-term pain relief after surgery. Many types of medicines are available to help manage pain, including opioids, non-steroidal anti-inflammatory drugs (NSAIDs), and local anesthetics. Your doctor may use a combination of these medications to improve pain relief, as well as minimize the need for opioids.

Be aware that although opioids help relieve pain after surgery, they are a narcotic and can be addictive. Opioid dependency and overdose has become a critical public health issue in the U.S. It is important to use opioids only as directed by your doctor. As soon as your pain begins to improve, stop taking opioids. Talk to your doctor if your pain has not begun to improve within a few days of your surgery.

Specific physical therapy exercises can improve the range of motion in your foot and ankle, and strengthen supporting muscles.

When you begin walking, you may need to use a cane and wear a special boot. You will not be able to put all of your weight on your foot for up to two to three months. If you place too much weight on your foot too soon, the bone pieces may move out of place. Be sure to follow your surgeon's directions. As your break heals and your pain improves, you will be allowed to put more pressure on your foot.

When the bone collapses, the articular cartilage covering the bone also collapses. Without this smooth cartilage, bone rubs against bone, leading to increased pain, arthritis and loss of motion and function. The more severe the talus fracture, the more likely it is that AVN will occur. Even fractures that are treated appropriately, including those that are treated surgically, may develop AVN.

Posttraumatic arthritis is a type of arthritis that develops after an injury. Even when your bones heal normally, the cartilage protecting the bones can be damaged, leading to pain and stiffness over time. The majority of talus fractures result in some degree of posttraumatic arthritis. In cases of extreme arthritis that limits activity, additional surgery, such as a joint fusion or ankle replacement, may be the best option to relieve symptoms.

My experiences at Sports Medicine Zanesville were of the highest quality. SMZ was with me every step of the way. I was able to successfully work alongside the highly trained staff through two shoulder rehabilitations and I have the upmost appreciation for all of their hard work and care.